What is a Carry Trade?

In forex, you can make money even if the price of the currencies doesn’t move. In fact, many large investors with a large amount capital do this, and it’s called “carry trade”.

It’s a simple yet very profitable strategy, considering the daily interest payments in the forex market and the availability of leverage. If you hold a position overnight, your broker will automatically credit/debit your account with the overnight interest rate difference. This is also called “rollover cost” in the FX jargon.

The following table shows the current interest rates on major currencies in October 2017. 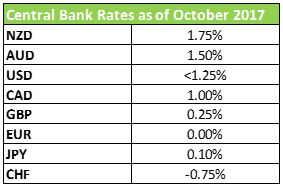 In the past, a popular carry trade was buying AUD and selling JPY, but most central banks slashed their interest rates to spur economic growth and inflation after the 2008 economic crisis. The NZD/CHF pair offers the largest interest rate differential as of October 2017. A simple long position on NZD/CHF would collect a 2.50% yearly interest rate, but with the help of leverage, the possible profit can be much larger (as well the loss if the position goes against you.)

When do Carry Trades Work?

Market expectations of future interest rate hikes are also important, as countries that perform well might have to hike their interest rates in order to control inflation. This in turn will have a direct impact on a carry trade position.

On the other hand, when a country is not performing that well, chances are it will have to lower interest rates to spur economic activity.

Criteria and Risk of Carry Trades

As mentioned above, finding a possible carry trade is pretty simple. All you have to do is to watch for (1) the interest rate differential, and (2) for an uptrend of the higher-yielding currency.

As you can see, the AUD/CHF pair fulfills both criteria. The pair has a 2.25% interest rate differential, and the following chart shows that the Australian dollar is trending up since late 2015. 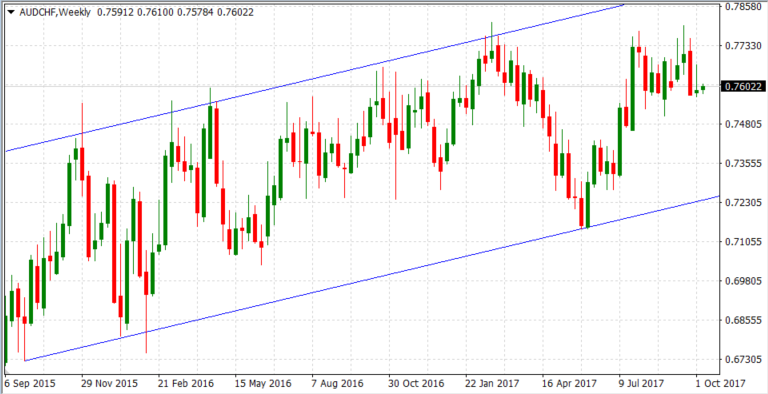 However, just like any trade, carry trade involves the risk that the position goes against you (i.e. AUD falls in value), offsetting any interest gain. To prevent this, you should put an appropriate stop-loss that will protect you against heavy losses, but that still gives enough room for the pair to fluctuate as carry trade is longer term strategy.

Carry trades can be very profitable if the interest rate differential is high and if the high-yielding pair is trending up, especially with the use of leverage. A carry trade involves buying a higher-yielding currency and selling or borrowing a lower-yielding one. The interest rate differential represents the potential profit if the price of the pair remains flat, and the interest rates don’t change. Your broker will automatically add the interest gain to your account if you hold the position overnight, called rollover. However, today’s interest rates are relatively low compared to past numbers, and you should always use a stop-loss to limit your risk if the trade goes against you.

Test Your Knowledge: What is a Carry Trade

What is a Carry Trade 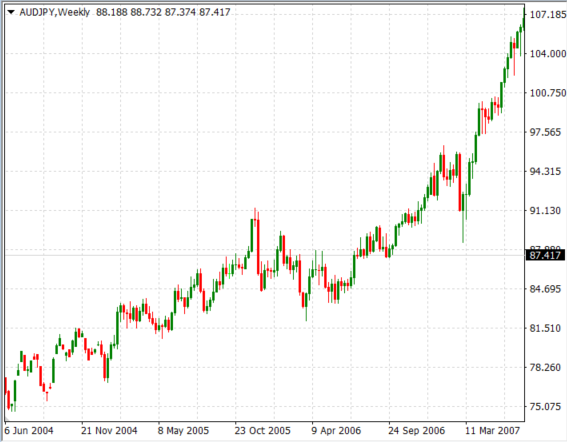 Article Name
What is a Carry Trade?
Description
Carry trades can be very profitable if the interest rate differential is high and if the high-yielding pair is trending up, especially with the use of leverage. A carry trade involves buying a higher-yielding currency and selling or borrowing a lower-yielding one.
Author
ForexTips
Publisher Name
ForexTips
Publisher Logo