Opinion polls on the 2017 French Election all seem to be coming to the same conclusion. That conclusion is that following the French presidential election, Europe will fundamentally change. For Forex traders especially, this change could mean the difference between a period of significant gains or, time spent planning to buffer against a downward spiral with no clear end in sight. With the possibility of Frexit looming and the uncertainty around that, there are plenty of “touch-and-go” moves that could be made in Forex trading following the presidential election.

In this period running up to the election, the Euro and other currencies have experienced more volatility on a week-on-week basis, than has been seen since the Euro was initially launched. There are traders who predict that as the election looms closer, the Euro shall continue to weaken and investors are making moves to protect themselves. Some are seeking protection in the form of options structures, which have suddenly seen an increase in demand.

Inevitably, what will happen with the Euro strongly depends on who will win the election. Here are some calculated assumptions on what could happen. When Macron was at the top of the polls, the Euro moved upwards for a total of five months. He is Pro-EU and as a whole, the Euro may continue to move up with the support of the other nations that are using the currency. Furthermore, for other currencies trading with the Euro, a win by Macron represents minimal risk and extended stability. Le Pen is the complete opposite of Macron and is pushing for Frexit to become a distinct possibility. If she is to win the election, there is every possibility that the Euro shall gradually depreciate. However, as this process is underway, the volatility of the currency could be higher than has ever been witnessed. Although her stance is powerful, markets are afraid of what will happen if she were to win, and how long they shall be volatile.

The information on what will happen with the Euro continues to be inconsistent, although it is expected that there will be a rise in the Euro immediately after the election. This keeps in line with what has been happening historically, with any election that takes place. After the president is elected, there is a high simply because there is someone in office. Once the president begins to enact their agenda, then the volatility will begin. In fact, the current tension feels like a coil that is under pressure, and the winner of the election may cause the spring to jump out of control.

What are Forex Traders Doing?

Forex Traders appear to be hedging their bets on Macron winning the election — if their behavior is anything to go by. Trades and moves are being made as though the Euro and EU stocks are going to take a short-lived downward drop, and then will stabilize and increase. As Macron is working to maintain the status quo in terms of remaining in the EU, his winning the election is viewed as being lower risk for the forex market. This is especially in the case of foreign markets who are watching the election avidly.

What to Watch Out For 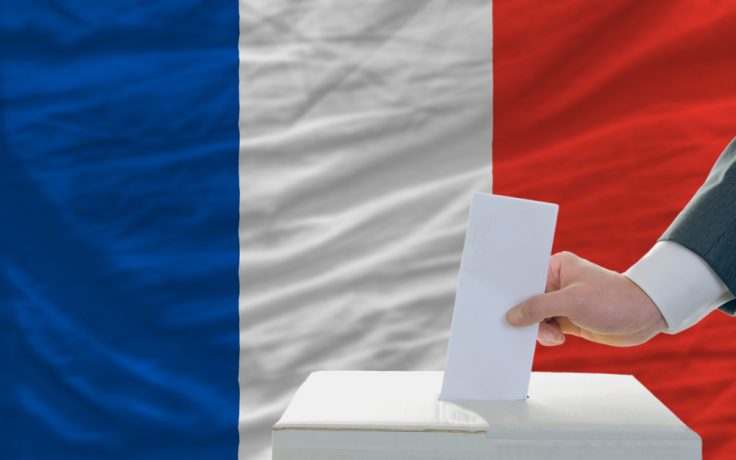 The EURUSD Analysis for the week that ends on the 6th of April, 2018 The EURUSD...
Continue Reading

The big market news this past week came from the Korean peninsula. But it...
Continue Reading

EUR/USD Analysis for the 1st week of May 2018. The end of the day analysis of...
Continue Reading