Bitcoin prices are still off this month, after speculators suffered a one-two-three punch combination that rattled crypto markets earlier this month.

First, the Chinese government essentially banned ICOs within the country, sending bitcoin prices plummeting to 40 percent below their all-time highs – not that we haven’t seen that before.

Then on Wednesday of last week, JPMorgan CEO Jamie Dimon panned bitcoin as a mania and a bubble. “It’s worse than tulip bulbs,” Dimon said, referring to the Great Tulip Bulb Mania that gripped Holland in the 1630s and reached a peak in 1637, when a single Viceroy tulip bulb sold for more than the price of an average house at that time. “It won’t end well. Someone is going to get killed,” said Dimon, speaking Tuesday at the Delivering Alpha Conference sponsored by Institutional Investor magazine and CNBC.

“My daughter bought bitcoin, it went up and now she thinks she’s a genius,” Dimon quipped.

Dimon’s remarks drove bitcoin prices down a couple of percent within minutes of his comments.

Then Ray Dalio of Bridgewater Investments, a major hedge fund with about $160 billion under management, dismissed bitcoin in an appearance on CNBC’s Squawk Box.

“Bitcoin today you can’t make much transactions in it. You can’t spend it very easily,” Dalio said. “It’s not an effective storehold of wealth because it has volatility to it, unlike gold… Bitcoin is a highly speculative market. Bitcoin is a bubble.”

Events in China hit bitcoin particularly hard, driving prices below $3,000 and prompting some crypto bears to announce the end of bitcoin. But the 800 pound gorilla of the cryptocurrency world recovered fast: At the time of this writing, bitcoin was trading at $3,715.

Hedge fund manager Brian Kelly makes the bullish case: Of course Dimon pans bitcoin! As the CEO of a company that stands to have its business model substantially disrupted by cryptocurrencies, he’d like to strangle crypto in the crib.

Kelly notes that other countries have not cracked down on crypto as China has (Malaysia formally legalized bitcoin this week). Meanwhile, Japan recognized bitcoin as legal tender last spring while South Korea has legalized international bitcoin transfers.

Kelly, of course, is talking his book, too. He’s long bitcoin and other cryptocurrencies.

Dimon, undeterred, went back on the warpath on Friday, warning that the bigger bitcoin gets, the greater the chances that governments would clamp down on bitcoin ICOs, mining and transactions.

“Right now these crypto things are kind of a novelty. People think they’re kind of neat. But the bigger they get, the more governments are going to close them down,” Dimon said during an interview with CNBC-TV18 in New Delhi on Friday. “It’s creating something out of nothing that to me is worth nothing,” he said. “It will end badly.”

As Dalio notes, bitcoin has a liquidity problem. This accounts for much of its volatility – which creates trade execution risks and uncertainty for people trying to get in and out of it. But the adaptation of bitcoin by countries like Malaysia, still reeling from a huge currency devaluation, may help alleviate the liquidity issues – and help bitcoin prices edge up thanks to an increasing liquidity premium.

Bitcoin isn’t going to be a money market-type asset anytime soon. And maybe a competing cryptocurrency, like Etherium, will be the first to break into the mass retail market, if a company like Amazon opens itself to cryptocurrency transactions.

(Given Chinese attitudes towards crypto so far, it’s probably not going to be Alibaba that will prove to be the mass consumer market early adopter).

Overall, bitcoin prices are up 271 percent this year, though the cryptocurrency is still trading well off all time highs of just over $5,000, reached at the beginning of September.

Etherium, now trading at $288, is also well off its all-time high of $410.68, but has rallied 10.45 percent this week, while bitcoin has dropped 0.26 percent over the same period. Both cryptocurrencies are down double digits over the past month – 14.62 percent for bitcoin, and 13.53 percent for Etherium. 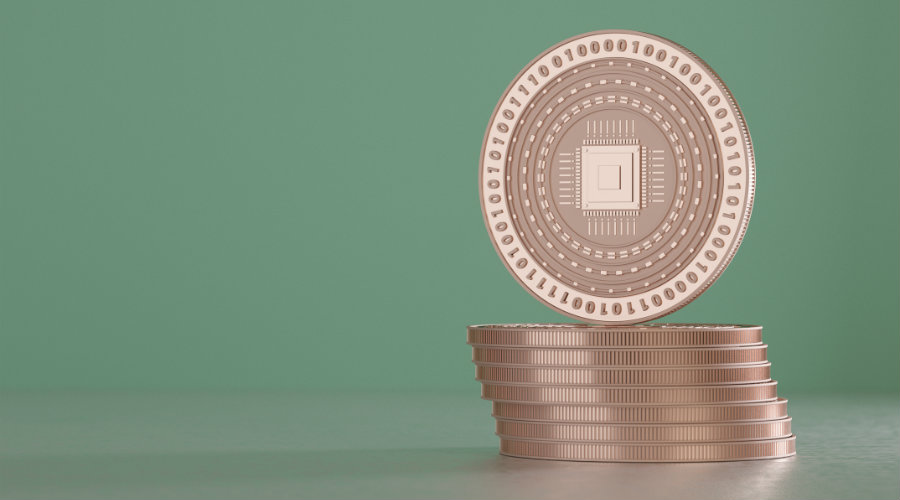 Hey traders! Last time I posted, I was talking about the NZD/USD on the 2-hour...
Continue Reading