Bitcoin Falls $1,000 in Two Days As Investors Pile In to Bitcoin Cash

It’s been a wild week for bitcoin traders. The 800-pound gorilla of the cryptocurrency world hit a new record high this week, boosted by new money from speculators bidding up prices in expectation of a planned upgrade called Sedwig2X. But support for the upgrade waivered in recent weeks, and the upgrade was called off on Wednesday. Investors cheered, bidding bitcoin up to a record high of $7,882 by Wednesday afternoon.

The cancellation of Sedwig2X prevented a planned fork, as well as a block size increase.

But on Friday, November 10th, speculators sold off in a hurry, knocking prices down to November 1 levels, as Bitcoin officials called off the upgrade as backers began to waiver. Bitcoin prices fell nearly 7 percent on Friday as speculators kicked the supports out from under the currency. Bitcoin went into Friday evening, eastern time, trading at $6,649.99.

Bitcoin losses weren’t just a bitcoin-specific phenomenon: Etherium also took it on the chin, giving up nearly the same percentage as Bitcoin for the day on Friday.

As for bitcoin itself, the crypto giant has fallen more than $1,000 off its high. The decline seemed to accelerate when bitcoin prices slipped below $7,000, indicating that there’s some technical support around that level. A number of traders may have automated strategies in place that sell bitcoin when it falls below $7,000, so traders should be alert to a psychological ‘thermocline layer’ around the $7,000 level.

In the short-to-medium term, however, the real layer of support may be closer to the $5,000 level. This is where bitcoin prices stood just a month ago, when speculators got wind of the ill-fated Sedwig2X upgrade and hard fork. Bulls were hoping that the upgrade and resulting fork would result in added value that didn’t come to pass.

This author from Bitcoin Magazine has a similar take, seeing support around $5,800, and buttressing the argument with a number of data points and charting.

While there’s no guarantee of a short-term fall to the status quo ante levels of a month ago, it does appear that one of the major investment theses for the last month of an asset class that is awfully short on rational investment theses just got the wind knocked out of it.

Not that bitcoin owners should be complaining too much. The currency is still up more than 600 percent for the year.

Meanwhile, buyers piled into one of bitcoin’s offshoot currencies, bitcoin cash, pushing prices up over 49 percent over the past 24 hours as of late Friday, hitting $1,009 on Friday afternoon. Bitcoin cash is a relatively new player in the crypto world, born of a fork off of bitcoin just last August. Those who continued to hold bitcoin cash after they received it in the split just got a very nice little boost in their overall holdings.

The Bulls are Bellowing

“The last year, bitcoin has proven itself,” said Lee in a speech to investors today.  What I tell my friends now, is as long as bitcoin is under $10,000, it’s your chance to get in. For those of you [who] think it’s too expensive, if you look in the rearview mirror, bitcoin has gone up 10x in the last year,” Lee said, apparently addressing the kind of investors who make decisions by looking in the rear-view mirror.

In other developments, speculators appeared to shrug off a vulnerability discovered in the Parity wallet. A developer froze as much as $150 million worth of ether tokens as they discovered a possible security defect. The move makes it hard for thieves to steal Etherium tokens by exploiting the software defect. But it also means that Etherium owners can’t access their tokens.

The damage looks to be about three times the size of the damage from the DAO Hack of last year. Ether is down today, but prices didn’t move yesterday – indicating a degree of correlation with the bitcoin market.

In the coming days, we could see further pressure on bitcoin prices as investors who were counting on getting some easy money from the 2X upgrade back out of bitcoin and speculate on some of the other lower-priced currencies. Bitcoin cash seems to be an early beneficiary of this capital migration.

In another negative development as far as bitcoin bulls are concerned, we are seeing a significant drop in demand for bitcoin mining gear. Nvidia is reporting that cryptocurrency mining and crypto-related technology products had fallen by half in the space of just one quarter, with revenues from crypto-related products dropping from $150 million in the 2nd quarter to just $70 million this quarter. 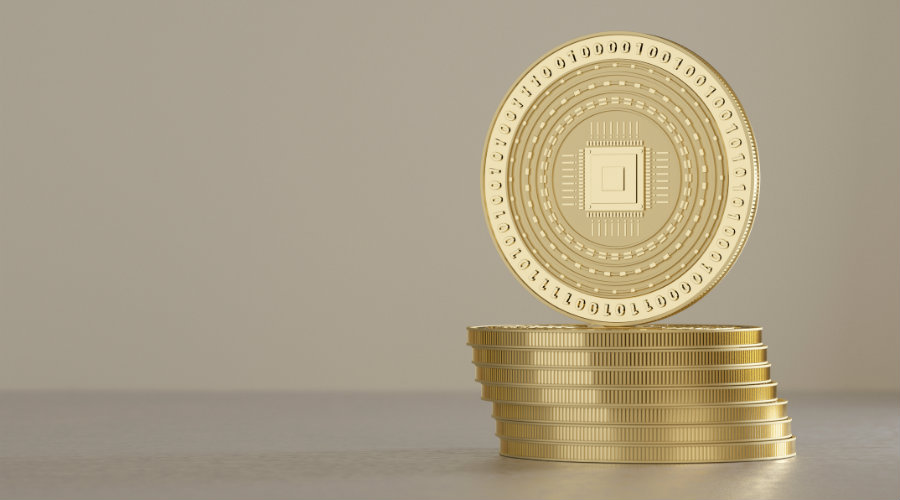 Article Name
Bitcoin Falls $1,000 in Two Days As Investors Pile In to Bitcoin Cash
Description
It’s been a wild week for bitcoin traders. The 800-pound gorilla of the cryptocurrency world hit a new record high this week, boosted by new money from speculators bidding up prices in expectation of a planned upgrade called Sedwig2X. But support for the upgrade waivered in recent weeks, and the upgrade was called off on Wednesday. Investors cheered, bidding bitcoin up to a record high of $7,882 by Wednesday afternoon.
Author
Jason Van Steenwyk
Publisher Name
ForexTips
Publisher Logo

It is impossible to trade USD/JPY these days without keeping a close eye on...
Continue Reading

Welcome back traders! The next opportunity I wanted to look at is the NZD/USD....
Continue Reading

Ripple Gets a Haircut and Crypto Currencies in Pension Funds? Don’t Laugh

Well, it was fun while it lasted. But Ripple, the runaway ROI winner for 2017...
Continue Reading