The reckoning came for Bitcoin today. Or part of it, anyway. Not even two weeks after FORTUNE magazine ran this article on how people were starting to mortgage their houses to speculate in Bitcoin, the granddaddy of all cryptocurrencies plummeted 30 percent today, dipping below $11,000. That’s a 47 percent loss compared to the record high of $19,800 set last Sunday.

Bitcoin was bouncing around the $15,500 level on Thursday before the selling began late Thursday night and continued into Friday. The currency fell to $10,400 before recovering to around the $14,000 level. As of this writing, bitcoin was trading at $4,399.99.

Coinbase, one of the largest bitcoin trading platforms, went down between 11:11 AM and 1:44 PM at the height of the selloff. It was the second trading shutdown of the week: Coinbase disabled buying and selling for 15 minutes on Thursday afternoon, as well. Coinbase cites “high traffic” as the reason for the shutdown.

The GDAX exchange handled about $1 billion in bitcoin trading over the last 24 hours.

Meanwhile. Charlie Lee, the founder of Litecoin, is totally out of the market for his own currency. The man who founded Litecoin in 2011 told Reddit users that he had sold or donated all of his LTC tokens over the past week.

“I would say the drop in bitcoin is a result of the massive new inflows of retail investors who are relatively ‘weak hands’ and more prone to sell at the sight of falling prices than the capital that has been in the system for a while that has a longer term outlook,” says Alex Sunnarborg, founding partner at Tetras Capital, in an email to MSNBC editors.

Meanwhile, the Bitcoin futures contract traded on the CBOE also fell from an intra-day high of $20,500 on the 18th of December to a closing price of $13,950 – slightly lower than the current bitcoin price. So futures markets are expecting bitcoin to stay about level, or slightly below.

Other cryptocurrencies also took a big bath on Friday, with most major cryptos down 20 or 30 percent at one point compared to Thursday’s numbers. However, buyers stepped in later on Friday and pushed prices back up, so that most cryptocurrencies are now showing 12-20 percent losses over the last 24 hours (ending 7:35pm ET on December 22nd).

So Why the Selloff

There are a lot of people looking for some Christmas cash this week, and a volatile asset that has increased in price by 1,000 percent this year seems like an obvious and convenient source.

We also know that just 1,000 people own 40 percent of the bitcoin in the world. The top 100 people likely own some 17.3 percent of all the bitcoin in the world, according to Sonnarborg. It would be a relatively simple matter for even a handful of these people to engage in a pump and dump market manipulation – which may be precisely what we’ve been seeing as bitcoin prices rose and rose throughout the summer and fall, with a brief pullback after China cracked down on coin offerings in November.

Would such a market manipulation be illegal? Possibly not. Bitcoin and other cryptocurrencies are not securities, as defined by the United States. And so they are not subject to the same laws that prohibit collusion and price fixing and insider trading when it comes to securities. This group of people can freely form an association that buys and sells bitcoin or any other cryptocurrency to manipulate the price to their liking.

However, if they start pushing rumors, they may be held accountable under laws prohibiting fraud: If they can be found. Since many of them are outside the United States, and in countries like Russia with lax securities law enforcement and lots of corruption, it may be very difficult to stop them.

This is another factor that should give bitcoin speculators pause.

Furthermore, a combination of recent major hacking incidents resulting in the theft of tens of millions in bitcoin, as well as regulatory action, may have taken some of the bloom off the rose. Early this month, The Securities and Exchange Commission broke up PlexCorps, a fraudulent Quebec-based ICO that had already raised up to $15 million from suckers who believed them when PlexCorps CEO Dominic Lacroix promised them a 13-fold increase within 29 days.

Still yet, today’s selling takes bitcoin prices down to where they were just two weeks ago, and prices were doing pretty well then. So the only people who really got hurt ­– so far – are the Johnny-come-latelies. The long-time crypto bulls and early adopters are still doing just fine. 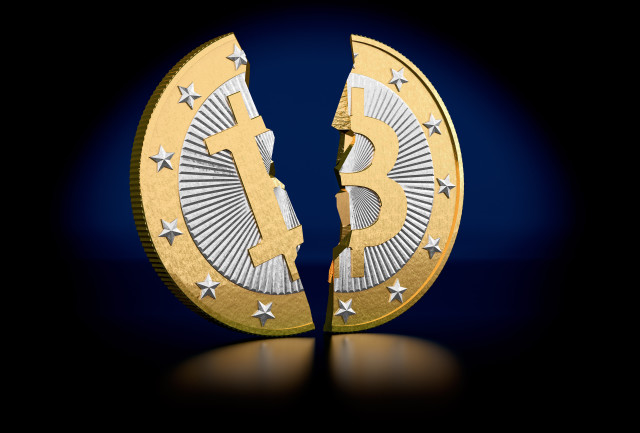 Article Name
Bitcoin Plummets with Influx of New Weak Handed Retail Investors
Description
The reckoning came for Bitcoin today. Or part of it, anyway. Not even two weeks after FORTUNE magazine ran this article on how people were starting to mortgage their houses to speculate in Bitcoin, the granddaddy of all cryptocurrencies plummeted 30 percent today, dipping below $11,000.
Author
Jason Van Steenwyk
Publisher Name
ForexTips
Publisher Logo

EUR/USD 500 pip Trading Opportunity Over the Next Weeks

Hello again! This is Chris Ness, writing to you with what are my favorite trade...
Continue Reading