Crypto Week in Review: Falling Down the Stairs and Landing on Their Feet

It’s been a wild week for all kinds of asset classes, and crypto is no exception.

Bitcoin, the flagship cryptocurrency, ends the week well over where it began it last week, just over $8,160 per bitcoin a week ago, but climbing to $8,620 early Monday, thanks to an early morning surge that saw the currency climb nearly 10 percent in just 24 hours. The currency gave holders a scare early in the week, falling as low as $5,947 early last Tuesday, but buyers stepped in to bid prices up on Wednesday, on Friday, and then again on Monday, 12 February.

Coindesk’s Oskar Godbole applies a technical analysis to bitcoin’s near term. He believes last Tuesday’s low provides a “short-term bottom,” and believes bitcoin will rise to test the $10,000 resistance level shortly. But gains above that level will be difficult for bulls to achieve. A close below the 9 February low of $7,724.9 would be bearish, Godbole writes.

Ethereum tracked a similar course, with panic selling on Tuesday driving prices down to $577 on Tuesday before they recovered back to the $835 range.

Likewise, Ripple fell from $0.80 on Sunday night to below $0.50 on Tuesday morning, reaching its low around the same time as Bitcoin and Ethereum.  Then Ripple soared on Thursday, reaching $1.20 before settling back down in the $1 range.

Tuesdays’ declines came alongside the Dow Jones Industrial Average 1,000 point drop and resulted with Bitcoin trading some 70 percent off of its December highs.

The big crypto winner last week LSK, a lesser-known crypto from Swiss company Lisk with a market cap of just $3 billion. Lisk bills itself as a decentralized platform for blockchain JavaScript app development, with Lisk APIs.

The LSK crypto started the week at $19.56 before foundering on Tuesday, along with other cryptoassets, to below $12.00. But buyers stepped in and bid LSK all the way up above $29 on Thursday before the currency slipped to its current level at $25.00.

Interest in Lisk may be building up as the company has been undergoing a rebranding in preparation for a full relaunch on February 20th. You can watch the relaunch on Lisk’s YouTube Channel. From a technical point of view, this one appears to have some room to run, and a reason for some capital to flow in its direction.

Strong economic news renewed fears that a hawkish Fed would start hiking interest rates again and that, coupled with some major effects of program trading, likely contributed to the discomfiting volatility on the stock market last week. A general risk-off sentiment in reaction to the news also affected cryptoassets, pushing them down on Tuesday.

The tandem movement pushed cryptoassets’ correlation with U.S. equities to the highest point in two years, according to investment research firm Datatrek. On a 90-day basis, crypto assets have a historical correlation with the S&P 500 of 33 percent, according to Datatrek’s research. Which is low compared to most conventional financial instruments, but it’s higher than it was prior to this year. Previously, the highest correlation recorded was 19 percent, recorded last December.

Datatrek’s figures indicate that under Modern Portfolio Theory, the diversification benefit of adding a small amount of crypto to an otherwise stock-heavy portfolio is potentially significant, starting to erode.

Analyst – Ethereum Will Win The Day

Ethereum will destroy bitcoin, and just about everyone else. That’s the view put forward by Eli Dourado, the head of global communications and policy at Boom.

Why will Bitcoin fall? According to Dourado, Bitcoin suffers the same problem as other first applications of a brand-new technology – The founders had to commit to a structure and concept, and then got cut out of improvements. A number of people who helped to make Bitcoin what it is today have defected to pursue their own projects. And so bitcoin is like an aging lion in the savannah – once the unchallenged king of the jungle, but now beset by an increasing number of hyenas determined to take his territory for their own.

Ethereum, Dourado argues, has much lower transaction fees – a decisive advantage when it comes to utility. Further, bitcoin no longer has the adult supervision it once had, with too much of the leadership of the bitcoin community migrating to Ethereum and other smaller cryptocurrencies.

A Forbes contributor asks, “Is bitcoin heading to zero?”

Could the State of Arizona start taking bitcoin and other cryptoassets as legal tender for the payment of taxes, penalties, and interest to the state government? It could very well happen. The Arizona State Senate just passed a bill that would direct the state government to do just that. The vote was 16-13 with one member abstaining.

Supporters of the bill say they want to get the word out that Arizona is crypto-friendly. “It’s one of a litany of bills that we’re running that is sending a signal to everyone in the United States, and possibly throughout the world, that Arizona is going to be the place to be for blockchain and digital currency technology in the future,” Arizona State Rep. Jeff Weninger said to editors of Fox News.

Opponents of the bill, on the other hand, expressed concern that bitcoin’s volatility could leave taxpayers and the State government in the lurch: “If we had a bill that allowed people to pay their taxes in bitcoin directly, that puts the volatility burden on all other taxpayers because it would mean that that money goes to the state and then the state has to take the responsibility of how to exchange it,” Said Steve Farley, Arizona Senate minority leader, to Fox News editors. 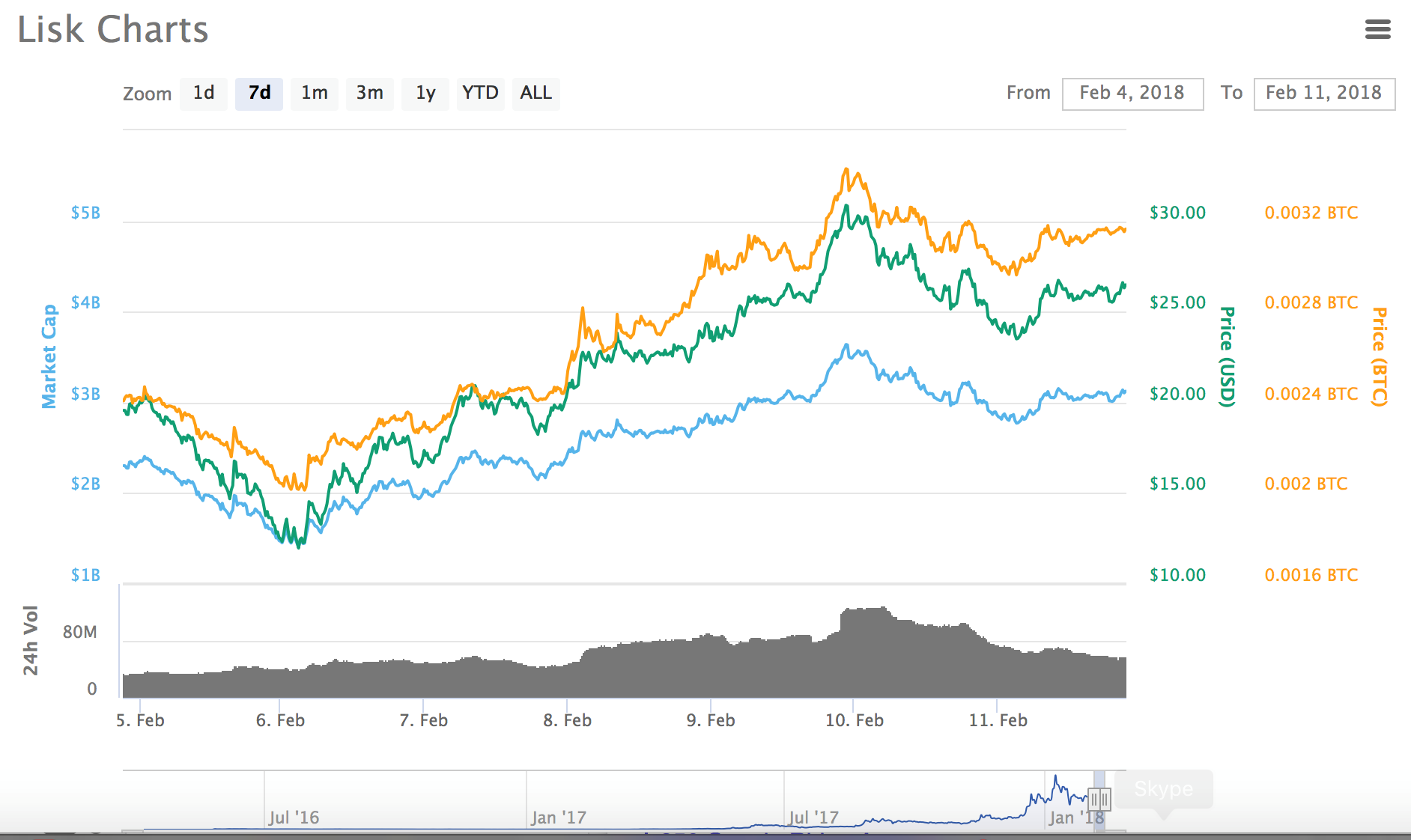 Article Name
Crypto Week in Review: Falling Down the Stairs and Landing on Their Feet
Description
It’s been a wild week for all kinds of asset classes, and crypto is no exception. Bitcoin, the flagship cryptocurrency, ends the week well over where it began it, just over $8,160 per bitcoin a week ago, but climbing to $8,620 early Monday, thanks to an early morning surge that saw the currency climb nearly 10 percent in just 24 hours.
Author
Jason Van Steenwyk
Publisher Name
ForexTips
Publisher Logo