The big market news this past week came from the Korean peninsula. But it wasn’t a missile launch on Hawaii. Instead, it was the South Korean Ministry of Justice announcing plans to crack down on online cryptocurrency speculation. Reuters reported that ROK police had already visited at least two exchanges – Bithumb and CoinDesk. Justice minister Park Sang-ki announced that the government was preparing a bill to ban cryptocurrency trading on exchanges located within South Korean jurisdiction.

The Ministry of Justice was way out over its skis on that one. The central government quickly walked back the Justice Ministry announcement. But cryptocurrencies took a sharp hit across the board, with local bitcoin prices dropping by 21 percent in midday trading as panicked bitcoiners sold off their holdings.

The events in Korea are an indicator of just how quickly markets can move against you in the cryptocurrency world. Legislative risk is extraordinarily high, and can come from many different directions.

For the moment, the South Korean government has assured markets that no such decision to ban crypto trading within the Republic of Korea has been made. A petition calling on Minister Park Sang-ki to step down has gathered tens of thousands of signatures.

But bitcoin bulls had bigger problems than Korea this week: Over the last seven days, bitcoin has fallen from more than $16,700 on the 8th of January to $13,415 as of mid-morning on Sunday, January 14th.

Cryptocurrencies have been bleeding over the last day, with bitcoin 8 percent lower, Ethereum down 5.5 percent, Ripple lower by 9.7 percent, Bitcoin Cash down 9.4 percent and Cardano, which has come out of the starting gate for 2018 strong, is lower by 12.55 percent.

Cardano performance has thus far tracked Ripple very closely. Both technologies have the same founder, Jed McCaleb. Just as Ripple has had success gaining a user base among banks, Cardano has also had some success in developing markets.

It’s always fun to make the bullish case. But risk is definitely stalking the crypto industry. One Wall Street firm, Quinland & Associates, is expecting a massive collapse in bitcoin prices this year. They’ve gone out on a limb, predicting that bitcoin will trade at $1,800 by December of this year.

The report, Fool’s Gold: Unearthing the World of Cryptocurrency, is available for a cool $3,450 on the website. For another $1,200, you can throw purchase a 50-minute phone call with the report’s authors, Benjamin Quinlan and Hugo Cheng. For a total of $4,950, they’ll meet with you in person.

The report analyzed bitcoin’s utility as a store of value and its theoretical worth based on the cost of its production. Their estimate: $2,161 and $687. Unless the currency gets some major love as an accepted method of payment, Quinland & Associates’ analysis expects the granddaddy of all cryptocurrencies to shed about 80 percent of its value by the end of the year.

According to a graphic obtained by Business Insider, they expect a crash over the next year or so to result in a slowing of new crypto issues. Meanwhile, they believe the crypto market will bifurcate into two market segments over the next couple of years: Coins with real utility, that are readily used for actual transactions, will hold value much better than coins that have little market acceptance and are primarily traded solely for speculation.

If you believe their analysis, then focus your cryptocurrency investments on those that have real promise for utility. Ripple may still be a good choice, despite its recent big run-up. Ethereum has far more potential for actual utility than bitcoin, since ethereum was built specifically with smart contract applications in mind. Monero, now trading at $384.63 and a market cap of $6 billion, is also making inroads into everyday transaction markets. It also has privacy advantages for users, compared to bitcoin.

Monero is up strongly over the past three months, moving broadly with other prominent cryptocurrencies.

As you can see from the chart, Monero has trailed Bitcoin on the upside, but with less volatility, perhaps because the stronger utility per unit of market cap acts as ballast to take the edge off the wild swings that affect the more speculative bitcoin.

Someone Released the Kraken

Elsewhere in the crypto market, someone actually released the Kraken. The popular cryptocurrency exchange was supposed to go down for a two-hour system upgrade last week. But the two-hour upgrade turned into a 48-hour outage.

Kraken had been in the doghouse for a while before the upgrade, with users complaining about frequent computer glitches and connectivity issues.

To mollify the crypto-investing community and encourage more traders to transact on the platform, Kraken announced that trades will be free until 31 January, and margin position, open and rollover fees are reduced to 0.005 percent, also through the end of the month (UTC).

The company also announced that verification of new accounts will be at the bottom of the priority of work. The emphasis will be on servicing existing accounts. 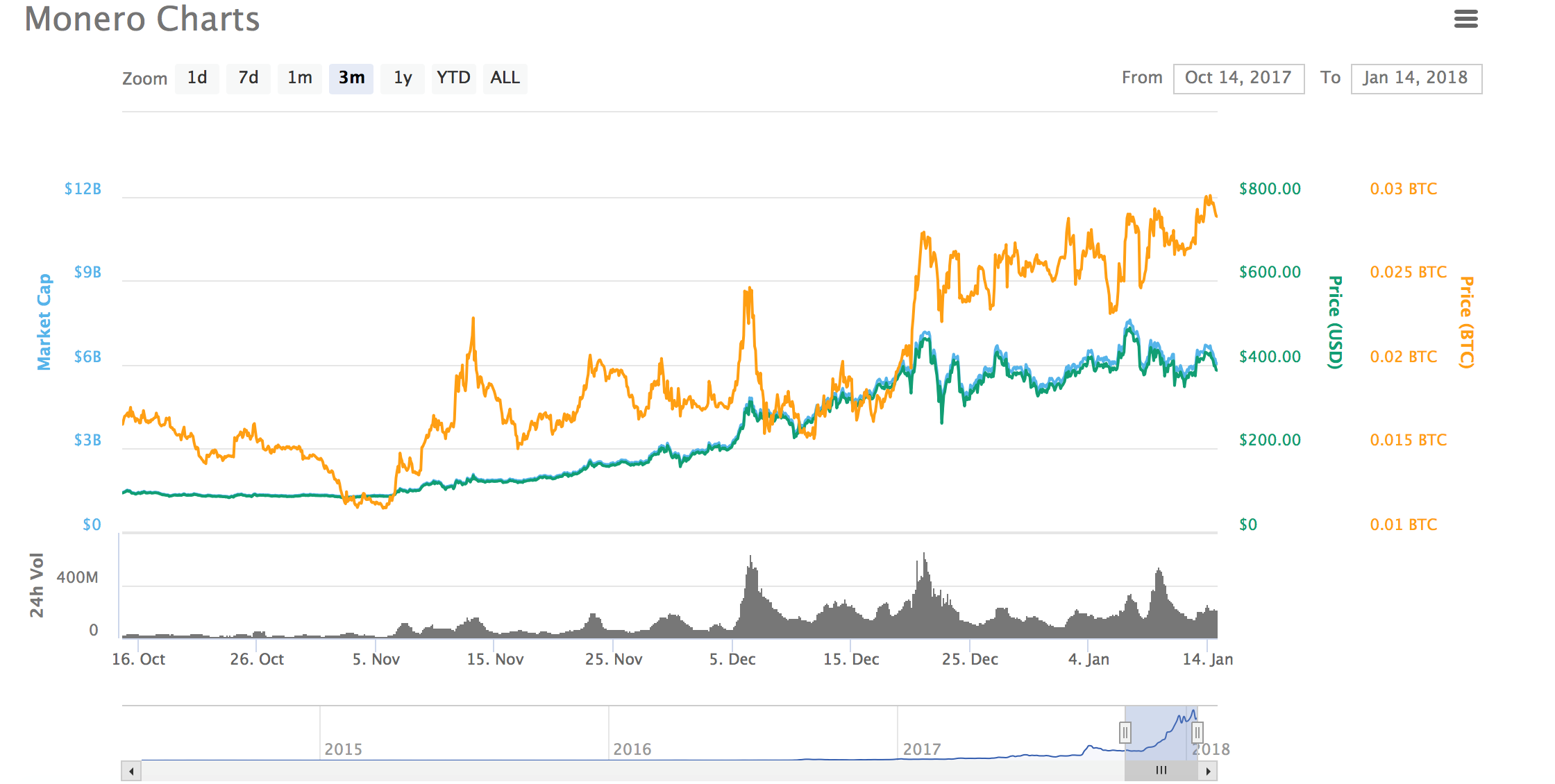 Article Name
Cryptos Sink This Week as Korea and a Bearish Report Roil Markets
Description
Over the last seven days, bitcoin has fallen from more than $16,700 on the 8th of January to $13,415 as of mid-morning on Sunday, January 14th. Cryptocurrencies have been bleeding over the last day, with bitcoin 8 percent lower, Ethereum down 5.5 percent, Ripple lower by 9.7 percent, Bitcoin Cash down 9.4 percent and Cardano, which has come out of the starting gate for 2018 strong, is lower by 12.55 percent.
Author
Jason Van Steenwyk
Publisher Name
ForexTips
Publisher Logo

So you’re ready to start trading Forex, but it seems like everyone around...
Continue Reading

Top 3 Takeaways from the March FOMC