September, however, produced some stabilization. A combination of resilient US economic data and weakness in overseas markets lifted DXY to 93.07 on September 29, 2017. There are many reasons to believe the worst is over for the US dollar.

The US economy is clearly on the mend. According to the Bureau of Economic Analysis, second quarter GDP rose at an annualized rate of 3.1% compared to 1.2% growth in the first quarter. The closely followed ISM manufacturing index for September rose to 60.8%, which was above median economists’ forecast of 58.1% and above the critical level of 60%, which often signals an overheating economy.  Construction spending for August rose from -1.2% to 0.5%, which was above the median forecast of 0.4%.  According to Market Watch, economists expect that upcoming numbers will show August factory orders increased, the trade deficit shrunk and jobless claims declined.

Although the Fed is giving mixed signal about when and how fast it plans to boost short term rates, markets are already acting and pushing longer-term US rates higher. Positive economic data is driving this rise in longer term rates. According to the US Treasury, 2-year rates rose from 1.35% on September 1 to 1.49% on October 2. Similarly 5-year yields rose from 1.73% to 1.94% over the same period, and 10-year yields climbed from 2.16% to 2.34%.  At some point soon, the Fed will have to tighten more aggressively to play catch-up. DXY will benefit from the tightening cycle, particularly in light of European weakness.

According to Investopedia, the Euro represents 58% of the weighting in DXY. Compared to its Fed counterpart, the ECB has suggested it will remain much more accommodative over the next year. At its September 7, 2017 meeting, the ECB affirmed that it will continue its 60 billion Euro net asset purchases through December 2017 and possibly beyond.

With massive economic stimulus by the ECB, one would expect signs of price pressures in Europe. Yet according to Focus Economics, inflation across the region rose from 1.3% in July to 1.5% in August. The firm’s panel of experts sees inflation remaining at 1.5% in 2018. This remains well below the ECB’s target rate of 2.0%

Similarly, while GDP growth was a healthy 2.1% in 2017, economists forecast a decline to 1.8% in 2018. With the muted backdrop of declining GDP and low inflation, the ECB will be in no hurry to raise rates quickly. These forces should help stabilize and put a bid in DXY.

A spate of political headwinds will keep a lid on European growth and a bid in DXY. The strength of the populist, fringe AfD party and relative underperformance by Angela Merkel’s Christian Democrats means that the new governing coalition in Germany will have to make concessions to smaller parties on a host of issues including immigration, pension reform and the environment. With this backdrop of uncertainty in Europe’s largest economy, growth in the Euro zone could remain muted.

According to Investopedia, the yen represents 14% of the weighting in DXY. The Japanese economy continues to remain helplessly dependent on massive government stimulus. According to Forbes, while the August 14 release showed second quarter real GDP growth at a robust 4.0%, public investment in the economy grew by a whopping 21.9% over this period. Loose monetary policy and aggressive fiscal spending will remain the growth formula in Japan. A weaker yen remains vital to Japanese growth.

The conventional wisdom is that tax reform efforts by the Trump administration will fail, but this view may be way too pessimistic. With its failure to deliver on health care and mid-term elections looming, the GOP desperately needs a major legislative victory. Furthermore, GOP control of both houses of Congress remains uncertain after 2018.

A successful tax reform bill would be greeted as a huge surprise by markets, and one obvious beneficiary would be the US dollar. Establishing a long position now in DXY could be a rewarding contrarian play in the fourth quarter of 2017. 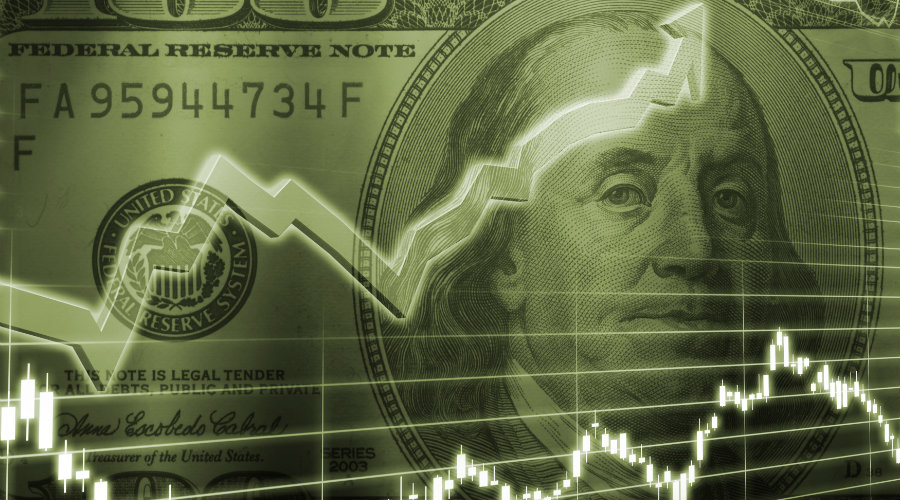 Article Name
In October the Dollar Index Heading Higher
Description
Dollar bulls have had little reason for optimism in 2017. Despite signs of strength in the US economy, the greenback has seen a steady exodus of buyers in 2017. After closing at a multi-year high of 103.22 on December 28, 2016, the US dollar index (DXY) grinded steadily lower over the first eight months of 2017 and closed at 92.63 on August 31, 2017.
Author
Lawrence Pines
Publisher Name
ForexTips
Publisher Logo

NZD/JPY Heading for a Price of No Return

There have been several indications technically that the NZD/JPY is overbought...
Continue Reading

How I Choose a Forex Broker: Part 1

One of the first concerns for new traders in the foreign exchange markets...
Continue Reading

The Cryptocurrency Infographic You Must See

Cryptocurrencies are one of the latest trends in the investing world, with good...
Continue Reading