The recent trend of the EURUSD pair of late is mixed. The trade on the 20th March was on the negative side till it broke the 1.2304 intensity and locks the daily candlestick under it. The move puts the price back to the bearish trend as the price moves for the chances of arriving at the 1.2160 mark as a subsequent main position.

Thus, the upcoming trend was expected to come during the next period if the price target tried to make it break 1.2304 and after reach the 1.2380 levels and move higher than the levels because a break at the final level will move the price to get back its main bullish trend that its first mark is positioned at 1.2536. The anticipated trading range for the 21st of March was around 1.2160 supports and 1.2340 resistances. The trend for the day was mostly bearish.

During the midday of the EURUSD trading session on 21st of March, the currency pair moves to the 1.2304 testing level. The effect was due to positive stochastic; the reach of the EMA50 at this position made the trend stronger and able to continue with a bearish trend during the day supported by holding under the specified position. The expected trend continued to be bearish with the trend ranging from 1.2160 supports to 1.2340 resistances.

The EURUSD pair united together in upwards trend after maintaining a bearish movement above the 1.2304 level and attains the key resistance 1.2380, which pushes for prudence from the forthcoming trading. This so because going beyond the last position will move the price higher to reclaim the key bullish trend with its next target situated at 1.2536, even as it breaks to 1.2304 to return to the correctional bearish situation that targets 1.2160 levels as a subsequent position.

The EURUSD pair brings to an end yesterday’s trading beyond the 1.2304 level, and it kept moving higher and attain a major resistance that bounced back to 1.2375. This was followed by distinct overbought signals through stochastic, which may result in a bearish comeback in the nest sessions.

The EURUSD pair tried to break 1.2375 levels but rebuffed in a downward direction visibly to begin to test the main support 1.2304. These levels stand for the keys to the subsequent trend because the price ought to break one of them to discover the subsequent position vividly.

Thus, we prefer to remain neutral till the subsequent trend presents a visible signal. The general trend for the day is expected to be neutral.

EURUSD tested its resistance at 1.2380 but was inhibited by the downward support. This moved the price further down to the 2nd support at 1.2295. The trend shows a downward resistance.

The EURUSD pair continued its upward trend beyond the 1.2304 support until this stage. To maintain the price of the main positions as illustrated by the named support and 1.2375 resistances, which maintains our neutral position till now. We look for the time it moves beyond one of these levels to spot the next position vividly. This reminds you that breaching king the specified support will move the price high towards 1.2160 majorly even as breaking the resistance will make the price to make an increase from the 1.2536 point. 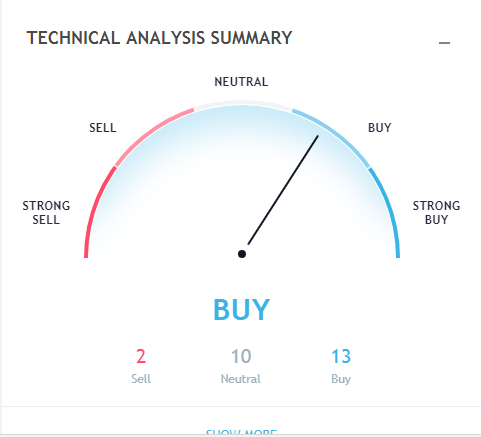 Opinion polls on the 2017 French Election all seem to be coming to the same...
Continue Reading