Political Instability and the Future of EUR/GBP

Is the veneer of European unity beginning to crack as we enter the fourth quarter of 2017?

First there were the German elections. Angela Merkel’s Christian Democrat bloc performed worse than polling suggested, while the far right populist and nationalist party Alternative for Germany exceeded analysts’ estimates. Then there is the situation in Catalonia where Spanish police are attempting to shut down an independence referendum set for October 1. Upcoming elections in Italy will further test the strength of the union.

On the other hand, despite Brexit, the UK is beginning to look like a bastion of stability in comparison. Last week Prime Minister Theresa May laid out an orderly time line for the country to leave the EU. Furthermore, UK business leaders are executing plans for a smooth economic transition post-Brexit.

Markets have noticed this dichotomy, and traders have moved assets out of the Euro and into the pound over the last month. EUR/ GBP declined from .9306 to .8775, a drop of more than 6%. Will this exodus continue?

European monetary policy remains very accommodative, while the BOE is expected to tighten. At its September 7 meeting, the ECB left rates unchanged and indicated that rates will remain at these levels for an extended period of time. Furthermore, the ECB affirmed that net asset purchases will continue through the rest of 2017 and perhaps beyond. Meanwhile stronger GDP and employment numbers suggest a different picture for the UK. At its September 14 meeting, the BOE affirmed that if the economy remains in a pattern consistent with recent inflation reports, it may need to tighten sooner rather than later. These monetary policy clues suggest continued sterling strength.

Upcoming elections in Italy pose a significant test of the resiliency of the EU after the German vote. Polling shows that opposition parties now receive more than 50% of support from Italian voters. While not all of these parties support an exodus from the EU, the ability of these parties to form a governing coalition may rest on making concessions to nationalists. For example, establishing an independent Italian currency remains a hot-button issue. Euro traders would be wise to watch these developments closely. A strong performance by nationalist parties could lead to further Euro weakness.

Catalonia remains a major trouble spot for European unity. Spanish authorities are occupying polling stations in the region in an attempt to thwart an independence vote, but it is unclear how this event plays out. Populist movements have been consistently underestimated by the media over the past two years (e.g., Brexit and the Trump election in the US). If Catalonian separatists secede, it could open up a floodgate of other independence movements. It could also lead to a further exodus from the Euro and into sterling.

Current account and interest rate differentials also suggest that the pound may have further upside against the Euro. The popular Fundamental Equilibrium Exchange Rate (FEER) method of valuation suggests that based on current account and interest rate differentials, the pound remains undervalued versus the Euro. Some analysts such as Oliver Harvey of Deutsche Bank believe uncertainty over Brexit may be responsible for this undervaluation. However, with the path for an orderly Brexit becoming clearer, the pound may finally be able to reach its proper level.

How to Position EUR/GBP

Populist movements are creating fractures in European unity and challenges to the European political order. Meanwhile UK economic indicators show strength, while the EU continues to languish relative to other developed economies. These factors suggest the EUR/GBP currency pair may be experiencing a perfect storm.

The skew in the EUR/GBP pair currently trades to the EUR calls / GBP puts. In other words, a call with a 25 delta (roughly its percentage chance of finishing in-the-money) trades at a higher volatility level than the corresponding put with the same delta. Markets believe that the chance for a significant move upward in EUR/GBP exceeds the chance for a significant downward move. Betting against this valuation disparity is an excellent way to profit if the Euro truly begins to unravel. 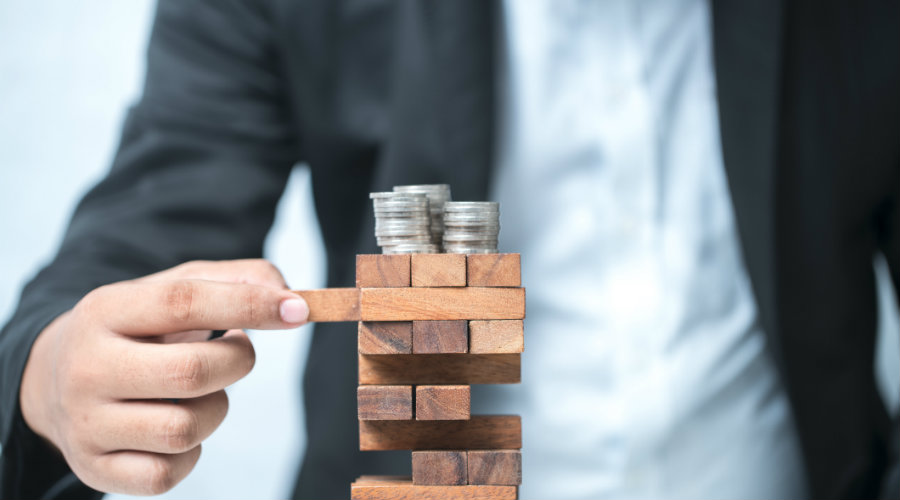 What is Price Action in Forex?

Forex trading is thrilling, although it can require an incredible amount of...
Continue Reading