The top honor for cryptoasset returns for 2017 goes to Ripple – a (relatively) older cryptoasset conceived as a combination cryptocurrency and digital payment network. Ripple is also known by the name of its underlying technology, XRP.

How did that happen? The cryptocurrency enjoyed a last-minute 150 percent surge in value on the final weekend of the year.

On December 1st, just a month ago, Ripple was trading at just a hair over a quarter, and stayed there until December 12th, when things started to turn up. Two days later, Ripple was hitting 89 cents – enough to take it to a market cap of $32 billion. It peaked again on December 22nd, hitting $1.35 before falling back, briefly, to 75 cents later in the day, and then got bid back up to just over the $1.15. Then things got crazy for the rest of the week, which saw bidders push Ripple from $1.10 on the 26th to $2.73 on Saturday, December 30th.

Ripple has now eclipsed Etherium as the 2nd biggest crypto-asset by market cap, with a total value worldwide of $86.7 billion as of January 1, 2018. Etherium’s market capitalization is about $72 billion worldwide, though both are well behind bitcoin’s market cap of just over $235 billion. 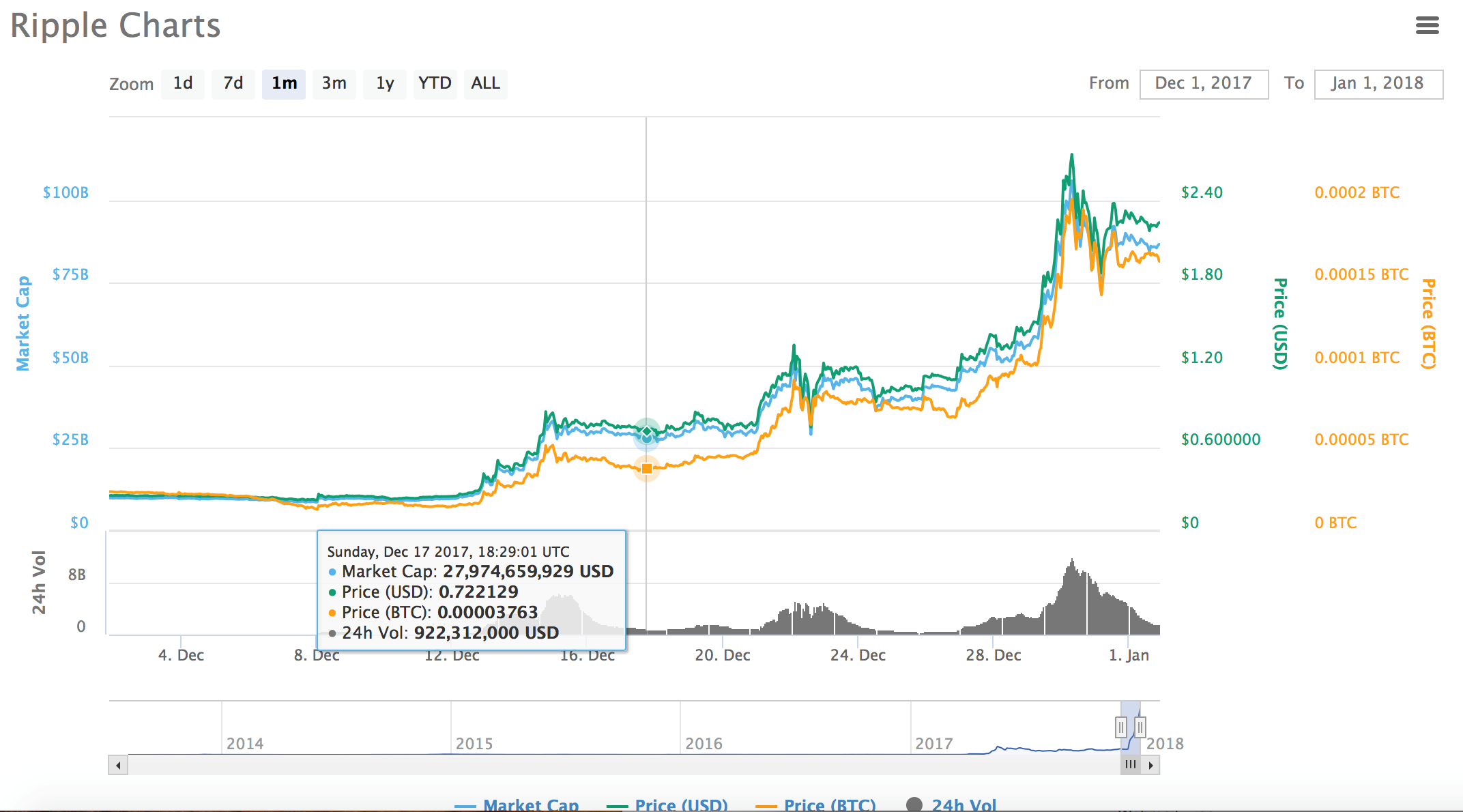 Now, let’s take a look at Bitcoin over the same time period: 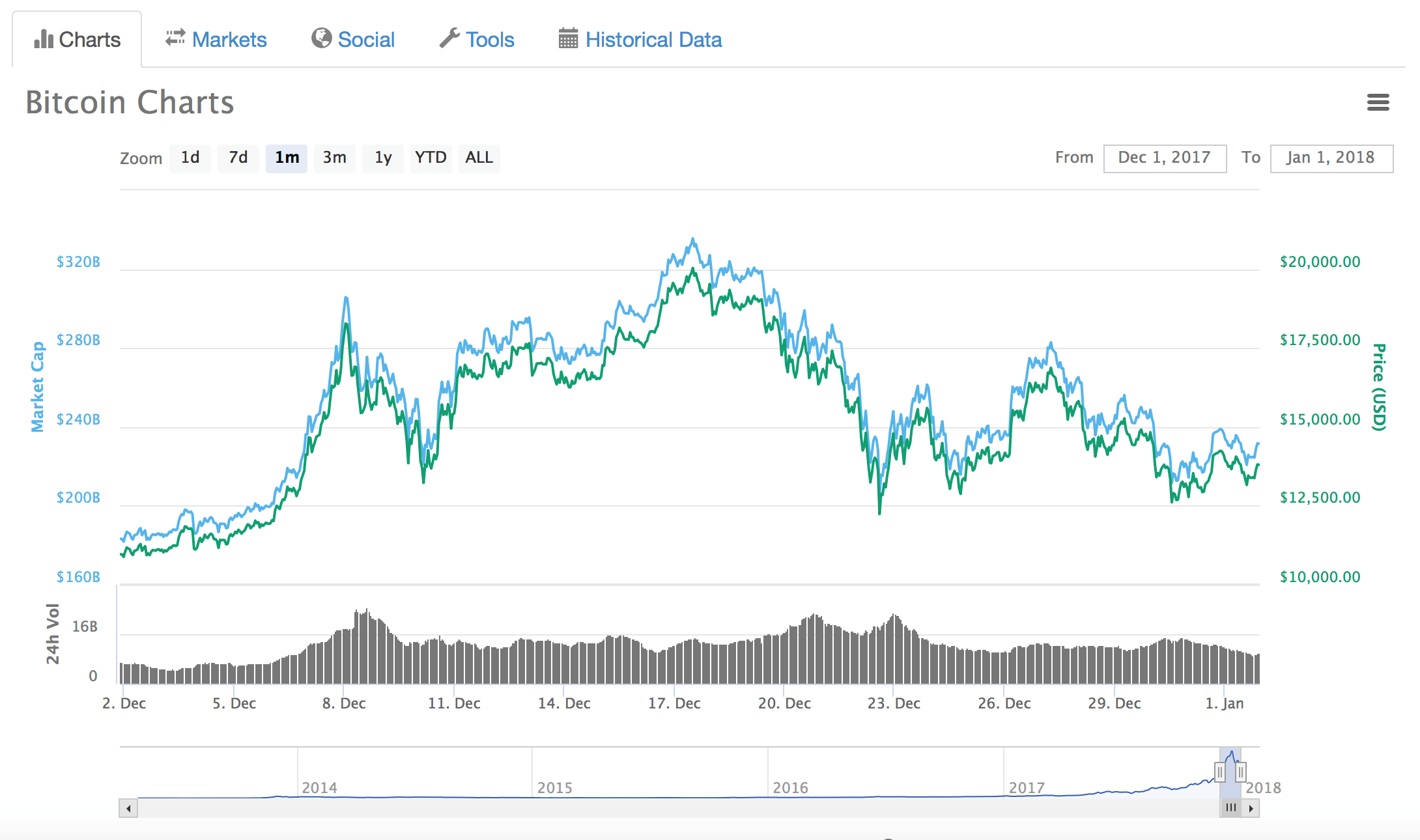 The chart doesn’t show a lot of correlation. Both currencies gained during the month of December, though bitcoin didn’t gain much compared to its volatility. Ripple gained a lot, but the bulk of it was in the last few days of the month, when bitcoin was mostly bouncing around in a trading zone between $14,900 and $12,870 or so.

So yes, both types of cryptocurrencies are joined to the future of cryptoassets in general. But they still have returns that are different enough from one another that it may make sense to hold both of them together.

The answer lies in what Nobel-prize-winning economist Harry Markowitz showed in his research that led to what we now call modern portfolio theory. This is the idea that by holding two risky assets together, an investor could boost expected returns, reduce overall risk, or both – as long as the assets weren’t too closely correlated with each other.

Bitcoin and Ripple returns in December were different enough to one another that an investor heavy on bitcoin could have reduced his or her volatility and earned a nice little sparkle on his or her crypto portfolio by sweetening the crypto portion of the portfolio by adding a sprinkle of the more volatile (higher variance) Ripple.

Put another way, it appears that even within the wild cryptocurrency markets, it’s a good idea to diversify. Any one cryptocurrency could take a bath tomorrow – as bitcoin holders found out last month. But the different cryptocurrencies have taken on different properties that indicate that, for a variety of reasons, they all don’t necessarily take a bath at the same time!

There are other reasons to add a crypto asset like Ripple to your holdings besides the pure MPT diversification benefit – especially if you are currently heavy on bitcoin.

First, Ripple isn’t just a cryptocurrency. It’s also a payment and transfer protocol that has an intrinsic value that is quite separate from the value of its cryptocoin. Ripple has buy in and support from over a hundred banks – many of them major international banks — that are already using it to transfer assets among themselves. The same is true of Ether, which is the currency that forms the basis of Etherium. Etherium and Ripple both have applications that provide value for financial institutions and anyone who needs to transfer money that the purer currency play, bitcoin, lacks.

So real risk reduction is possible in the cryptoasset markets in at least two ways: Combining uncorrelated cryptoassets within the same portfolio (and rebalancing periodically) and focusing on the underlying value of the networks and protocols.

For example: Bitcoin can go the way of the Dutch tulip bulbs tomorrow. But that’s not likely for Ripple or Ether. Even though we haven’t seen the crazy price appreciation for Ether, nor for Ripple, until just a few days ago, the cryptocoin value for these two assets is unlikely to go to zero, as long as these major banks are using the system for their own transfers.

Yes, there’s substantial room for speculator price manipulation. But that’s true of other assets as well – and the more diversified you are, the less vulnerable you are to any single price manipulation attempt.

Another reason to consider Ripple as well as bitcoin: Bitcoin exists and has thus far thrived despite the banks. Ripple is thriving because of the banks, and with the support and buy-in of the banks.

The two may never be closely correlated for that reason, and we may over time see some correlation divergence because of the very different attitudes of their adherents and the different economic assumptions behind them. 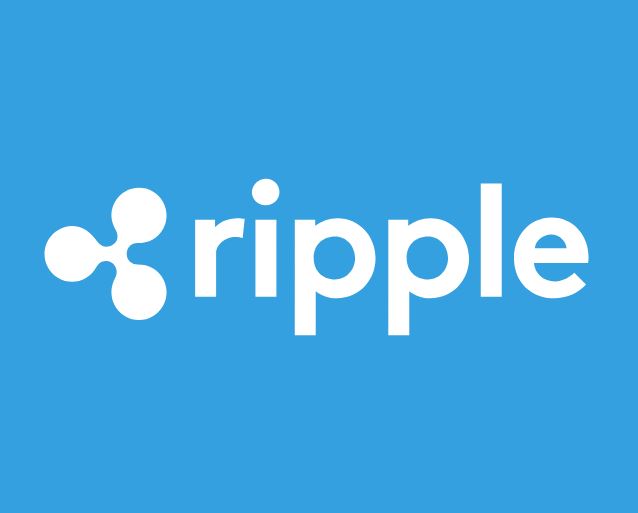 Welcome back for another great trading setup for this week and next. Based off...
Continue Reading

Understanding the Market Movements of the Nonfarm Payroll

Forex traders tend to pay considerable attention to what is happening in the...
Continue Reading

How To Trade The Fed News Next Week